Tongkat Elite No. 30 capsules for potency

The drug "Tongkat Elite" provides a complex effect thanks to the exclusively natural herbal ingredients that make up its composition. Among the drugs with similar names, "Tongkat Elite" is the only one that combines the achievements of the Asian, African and European medicinal traditions.

In Southeast Asia, centelia is used as a stimulant and an aid to improve metabolism. The plant extract gives a weak diuretic effect, improving water, salt and fat metabolism. It restores a healthy state and work of veins and capillaries, has a beneficial effect on the vascular system in general, in particular on the necessary filling of the genitals with blood.

Tongkat root is another name for a plant native to Malaysia. This is Euricoma Longifolia Jask, which the locals also call the Root (or staff) of Ali. This plant has been used by men for centuries to increase potency and maintain and strengthen the health of the whole body. Tongkat root in many qualities surpasses the qualitative effect of popular analogues for male health.

Eurycoma longifolia root not only raises testosterone levels, but also helps release "bound" testosterone. The body "stores this testosterone in reserve", which protects itself from the excess of this hormone in the blood.

Tribulus creeping or terrestrial tribulus is a perennial herbaceous plant of the parole family known in medicine. Their range is the south of Eastern Europe. Tribulus plants improve the body's production of testosterone. This plant has long been used in folk medicine in various countries to treat inflammatory diseases of the genitourinary system of men, to stimulate sexuality, as well as to improve erection and spermatogenesis.

This amazing medicinal plant has been used in medicine in India and Africa for a long time. In the 21st century, it has become the subject of many studies and laboratory experiments, which has attracted active attention for its amazing effectiveness.

Yohimbe is a drug that is extracted from the bark of an exotic African tree that grows in Africa. For centuries, Africans have selectively used Yohimbe both in war and to heighten feelings of love. Yohimbe was an indispensable part of the African wedding ceremony and was used during intercourse. It was used during a ritual fertility festival that lasted for weeks. During this time, sexual intercourse was actively encouraged.

Yohimbe is a powerful stimulant for the feelings and sensations of sexually healthy men and active women. Experiments on the use of Yohimbe have been carried out since the beginning of the 30s of the last century. Today, world-class doctors prescribe Yohimbe-based drugs for the treatment of impotence, which is of an organic nature. It has been found that the bark of the Yohimbe plant is over 6% pure yohimbine. Most scientific experiments have confirmed that Yohimbe stimulates blood circulation in the penis, leading to "erectile stimulation". As a result of research, doctors have scientifically proven that it blocks adrenergic receptors. In turn, a chain reaction occurs when blood vessels dilate and blood pressure drops. The expansion of the capillaries and blood vessels in the genital area and the stimulation of the nerve nodes in the groin area explains the physiological effect of Yohimbe. It helps in cases where impotence is caused by fatigue, nervous tension and stress. Yohimbe also increases the adrenaline supply to the nerve endings. Yohimbe can lift and improve mood, reducing the likelihood of depression and fatigue.

Ginseng is not without reason recognized as the "king" of medicinal plants. Ginseng is a whole spectrum and a set of amazingly healing substances that have a great effect on the human body. It has long been used in the practice of oriental doctors and healers to solve many health problems. One of the main purposes of ginseng is a general tonic and a remedy for male sexual impotence. Ginseng (ginseng) is a legendary plant with a century of history that has been growing on Earth for over a million years.

The people of Tibet and China have used ginseng for thousands of years to help people stay healthy until old age. Ginseng allows men to gain tone, become confident in their own abilities, especially in the genital area, getting rid of discomfort. Ginseng will help you feel the strength and increasing sexual desire, increase your tone, and eliminate exactly the cause of sexual impotence. Ginseng normalizes the genital area in 60% of cases, without side effects.

Properties of the drug TONGKAT ELITE:

It is recommended to use for the purpose of correcting the diet as a complete complex of active biological elements of plant origin for / with:

Directions for use: for men - 1 capsule 1 time per day during meals, preferably in the morning. Duration of use - up to 4 weeks, 2-3 courses per year.

Before use, it is advisable to consult a doctor regarding taking capsules.

Caution during use: individual sensitivity to components.

Storage conditions and shelf life: store only in a dry place, protected from direct light and sunlight, at temperatures from +5 ° C to +25 C. Permissible air humidity - no more than 75%.

Expiration date: 24 months from the date of production. Keep out of the reach of children!

Certified by the Ministry of Health of Ukraine.

It is not a drug. 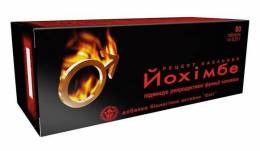 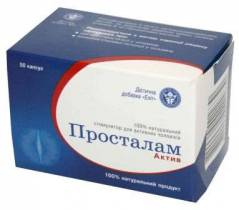 Сабаль-прост №50
116,00 UAH
0,00
Subscribe to news
Get only useful links and news about our discounts! We do not deal with spamming!
We Accept